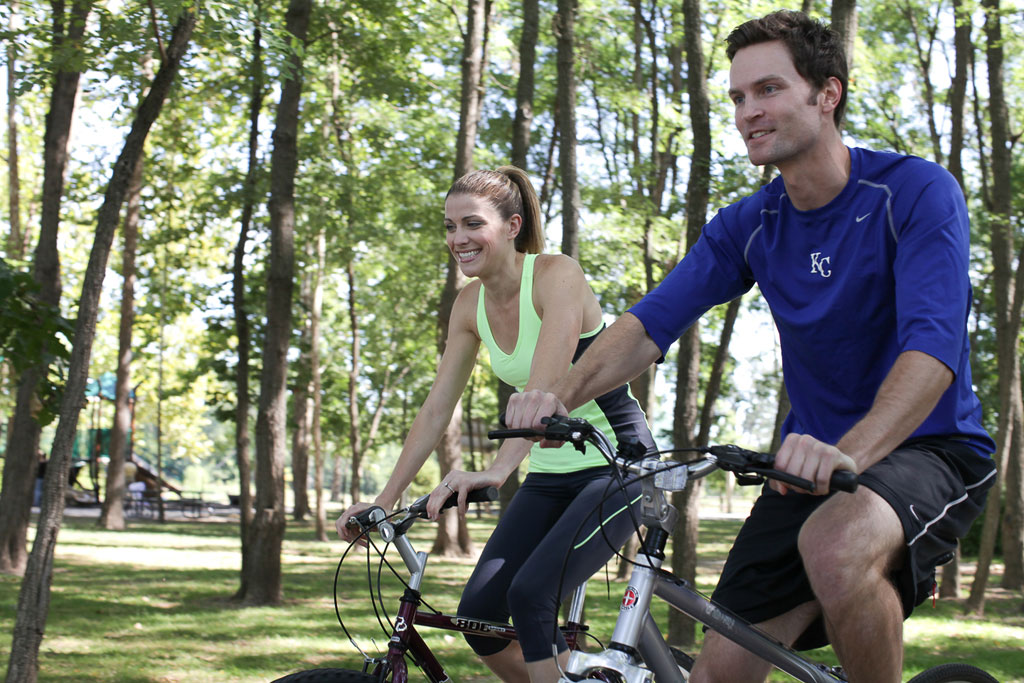 These people all have ties and connections to northern Missouri, and this bike route celebrates their contributions and influence, tying together a path taking cyclists among some of the most scenic and rural riding in the Midwest.   Riders will also enjoy cultural experiences and historic sites that explore American history.

The bike route across north Missouri connects Hannibal, on the Mississippi River on the east side of the state, with the Missouri River and St. Joseph on the west.

After the Missouri Department of Transportation developed an audio tour for motorists to listen to as they drove the Highway 36 corridor, a bike route along Highway 36 was a natural fit.

Bikers, either on short trips or long tours, can enjoy the terrific riding offered by the quiet roads in the area as they explore the historic sites, state parks and other natural and cultural attractions along the way.

The bike route was developed using Google maps and detailed maps provided by the state highway department (which included vehicle counts and other information). For the most part the route aimed for low-traffic, high scenery state and county roads that paralleled the main four-lane highway and hit as many of the scenic attractions, historic sites, state parks, and charming little towns as possible along the way.

Once the route was complete on paper, local cyclists and others were asked to give feedback on the suitability of the routes selected. Then a full-blown test ride was completed to get a first-person look and to ensure the route followed the roads that were the best options for cyclists. This ride took three days to cover the 260 miles, covering 80-90 miles a day.

The new route has received a lot of attention from regional and national cycling groups, and there is talk about its eventual inclusion in the U.S. Bike Route System, a national network of existing bike routes.

Disclaimer: The activity of bicycle riding has inherent hazards that can result in rider injury or death and cause the injury or death of others as well as damage to the rider’s personal property and the property of others. Persons using the route suggestions and/or downloading the maps posted here acknowledge that assumption of risk and also further acknowledge by such use or reference of these route suggestions that no liability is assumed by the creator of these maps and/or the entities, individually or collectively, of the Route 36 Heritage Alliance and their agents, officers and employees (collectively referred to as “Producers”) and that participants in cycling along the Highway 36 corridor release the Producers from all liability, claims, demands, losses or damages and further agree that if, despite this release and waver of liability, assumption of risk and indemnity agreement, users (or anyone acting on their behalf), make a claim against any of the above referenced people or organizations, that the Producers will be indemnified, saved and held harmless from any litigation expenses, attorney fees, loss, liability, damage, or cost which any may incur as the result of such claim.