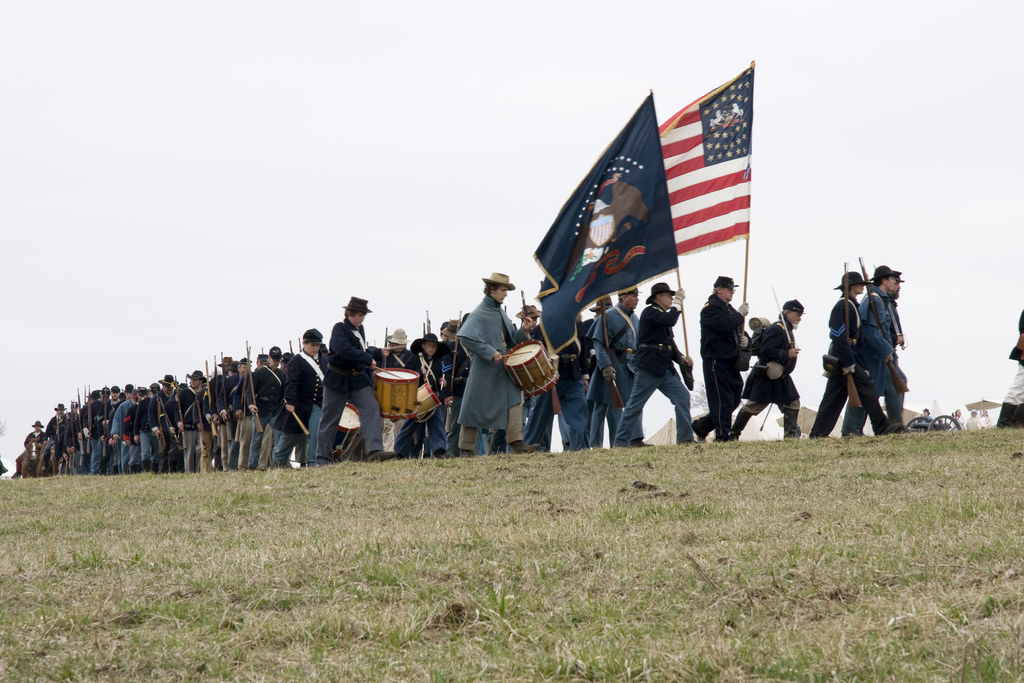 For those who have an interest in military history, The Way of American Genius has many stories to share and personalities to discover.

The Way of American Genius has no shortage of generals and military men of genius. The Hwy 36 corridor is home to the highest ranking official in the history of the US Army. General John J. Pershing spent his pre-military life in the small town of Laclede. The museum and boyhood home there tell his impressive story.

North of Laclede, the town of Trenton honors General Crowder. Enoch Herbert Crowder is best known as the father of the Selective Service Act, and during World War I, he served as judge advocate general and provost marshal general. In 1923, he was appointed as the first ambassador to Cuba. Learn more about the life of Crowder by visiting Crowder State Park.

In Moberly, a statue honoring General Omar Bradley stands in Rothwell Park. Born in Clark, Missouri, on February 12, 1893 Bradley was a highly decorated senior officer of the United States Army.  Before his military career, he attended Moberly High School and was a star player for the school’s baseball team. He saw distinguished service in North Africa and Western Europe during World War II.

General Maxwell Davenport Taylor was a four star of the US Army of the mid-20th century. After an appointment from the President, he served as the fifth Chairman of the Joint Chiefs of Staff.

General Sterling Price was a soldier, lawyer, planter, and politician who served as the 11th Governor of Missouri from 1853 to 1857. He also served as a US Army during the Mexican-American War, and a Confederate Army major general in the American Civil War. There is a statue and a museum in Keytsville, just south of Hwy 36.

Additionally, Civil War buffs should visit several significant sites along Hwy 36. The Old Baptist Cemetery in Hannibal has a panel commemorating soldiers from the historic 55th Massachusetts Regiments and the 39th Missouri Volunteer Infantry who are buried there.

Macon, located on the Mason- Dixon line, was home to 7000 soldiers at one point. Built in 1846, St. Agnes Hall was used as a Union Army Headquarters.

The Blees Mansion is a civil war era building used as a military academy and is now home to a museum. In St. Joseph, Forth Smith Park is named after Colonel Robert F. Smith.  Erected in 186, it was a safeguard against conflicting armies battling on either side of the state line.

Highway 36 itself is a tribute to the service of our military men and women; it’s been labeled the VFW Memorial Highway. This honors our veterans for faithful service to our country.