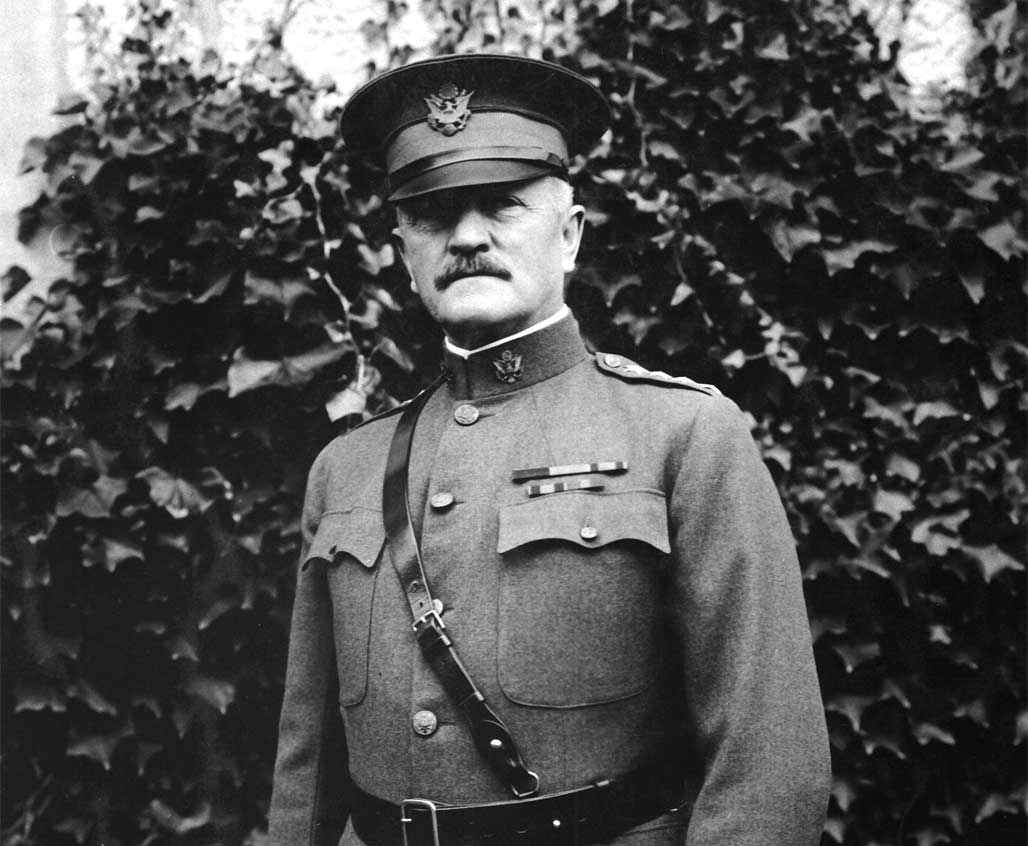 Gen. John J. “Black Jack” Pershing is the only man in U.S. military history to, in his lifetime, be promoted to the rank of General of the Armies – which equates to being a six-star general. George Washington also reached that same rank, though it was bestowed upon him 177 years after his death.

Pershing was born in the small town of Laclede and is one of the most well-known and highly regarded military leaders in history. Growing up, he worked on his father’s farm and later taught at the Prairie Mound School in Laclede. He decided to attend West Point, not to become a soldier, but to earn what he thought would be a fine education.

He did join the Army, and during his career, Pershing was involved in frontier duty against Sioux and Apache Indians, led an expedition in pursuit of Pancho Villa, and under his leadership, saw the Army grow from some 25,000 soldiers to nearly 3 million during World War I.

Pershing is often seen as a mentor to many of the famous generals who served the U.S. in World War II. These famous generals include George S. Patton, Dwight D. Eisenhower and Omar Bradley, who, incidentally, hails from the Missouri Highway 36 corridor city of Moberly.