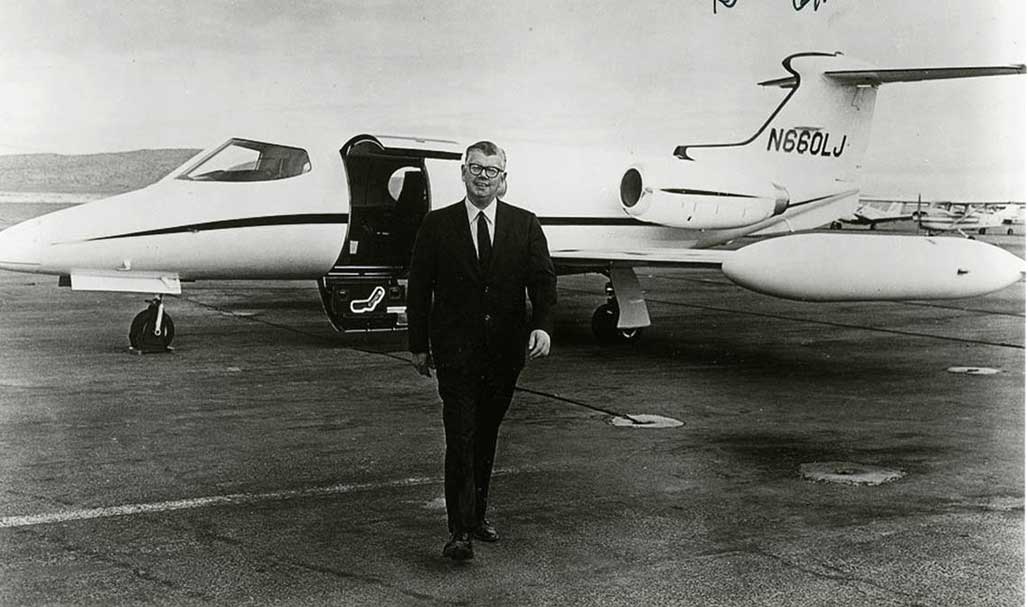 When it comes to innovators, few connected with Missouri’s Way of American Genius are as prolific as William “Bill” Lear. Born in Hannibal in 1902, Lear is best known as the man who invented the Lear jet, but his first love was radio – and all things related to it.

While living as a teen in Oklahoma, Lear opened a small radio lab in his home. He developed a “B” battery eliminator so radios could run on household electricity.

After World War II, he created the Lear F-5 Autopilot, considered one of the great inventions in aviation because it allowed pilots to lock onto homing signals and land aircraft in what’s called “zero zero” weather, meaning clouds are down to the ground and visibility is zero.

After working on different projects for many years, Lear in 1962 put all his effort, and money, into one idea: Developing an aircraft for the individual. By 1963, his dreams were a reality. Sales of the Lear Jet topped $52 million in the first year.

Lear also is credited with creating the eight-track stereo and cartridge system, a multibillion dollar industry in the late 1970s.