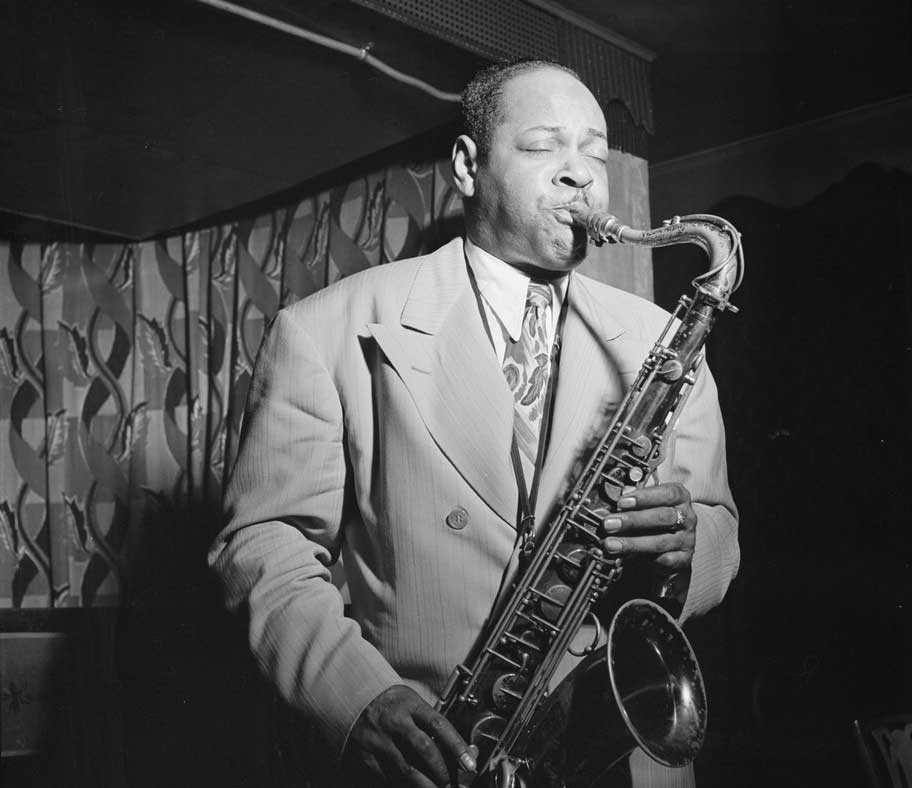 Coleman Hawkins or “Hawk” is the Father of the Tenor Saxophone. Born in St. Joseph, on Nov. 21, 1904, his mother taught him how to play the piano by the age of 5 and he learned the cello at 7.

The spring of 1921 marked Hawkins’ first professional gig—playing in the orchestra of the 12th Street Theater in Kansas City.

By the fall of 1939, he had recorded “Body and Soul,” which introduced him to a wide American audience. It was a huge success for Hawkins (so much so, in fact, that readers of DownBeat Magazine voted Hawkins best tenor saxophonist of the year).

Although most jazz musicians of the generation resisted bebop, the harmonic and rhythmic approach that developed in jazz in the 1940s, Hawkins embraced it. He made what is considered the first bebop record called “Woody ‘n’ You” with a group of musicians including Dizzy Gillespie, Max Roach and Oscar Pettiford.

His last concert was on April 20, 1969, at the North Park Hotel in Chicago, and he died just a month later from pneumonia.