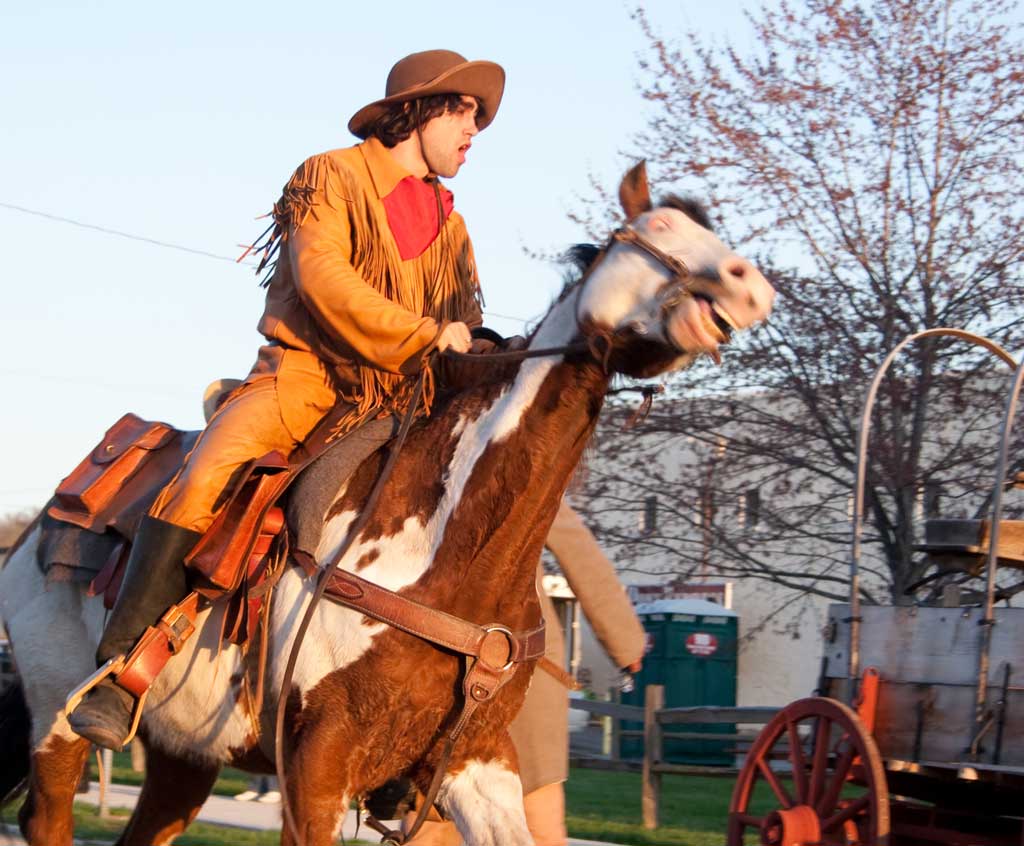 The Birthplace of the Pony Express

In 1860, the United States was a country on the move – to the west – but it stood on the brink of Civil War. Communicating with the developing territories, particularly those west of the Rocky Mountains, was difficult.  It often took anywhere from 20 to 60 days for mail to reach its recipient.

Enter the Central Overland and California Pikes Peak Express Company, a government contractor whose chief focus was getting military supplies to the west. In an effort to secure more government contracts, the company’s founders, William Russell, Alexander Majors and William Waddell, came up with the idea for a mail-relay system that would run a little more than 1,900 miles, from the central part of the U.S. to the west coast.

Their product was The Pony Express, and the first rider left from Pikes Peak Stables in St. Joseph on April 3, 1860.
The idea of a mail-relay system was revolutionary and designed to deliver correspondence in the fastest manner possible, in this case, 10 days. The Pony Express used relay stations to ensure horses didn’t tire too quickly and riders didn’t spend an unbearable amount of time in the saddle. That’s not to say it was a cushy ride.

Pony Express riders had to contend with Mother Nature and the fury of American Indians, who didn’t like the idea of having their territories encroached upon.